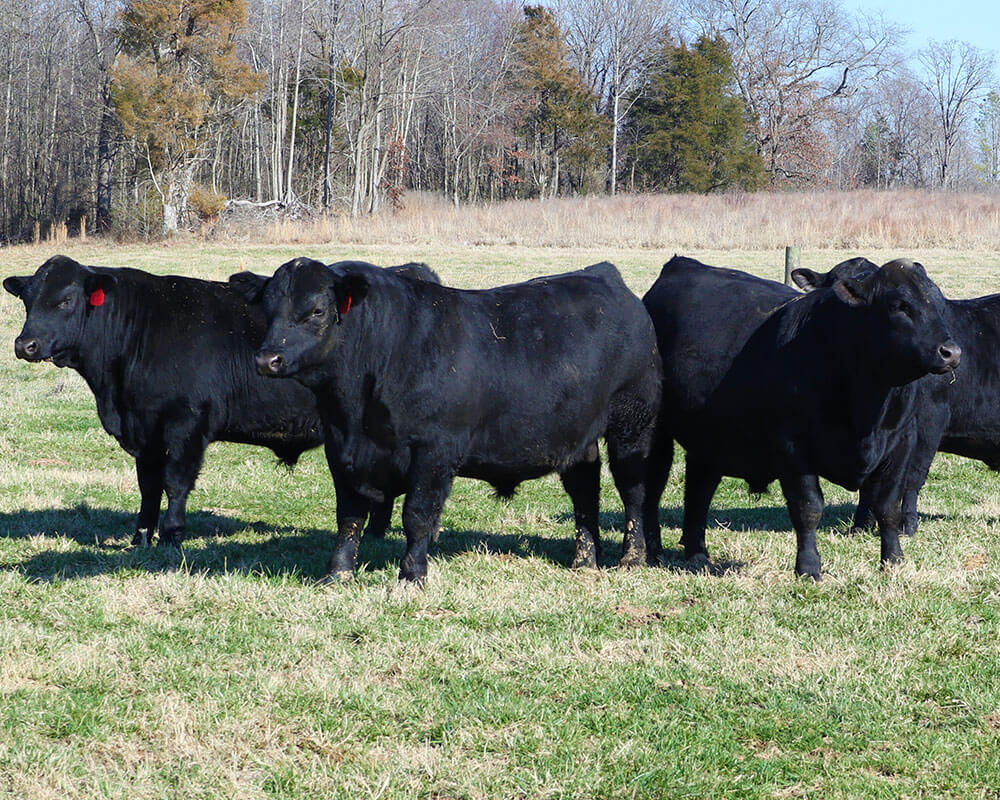 McWherter Farms is a newly established Angus gem, tucked away in the hills of West Tennessee. As an Angus operation, our goal at McWherter Farms is to keep the focus of the commercial cattlemen at heart. We pride ourselves in offering you reliable, proven, and cost effective Angus genetics that will provide improvement of the traits that aid in the profits of the producer’s cattle.

McWherter Farms is located in Dresden, TN, just 37 miles to the south of Mayfield, KY, and 60 miles NE of Jackson, TN. This operation exists because of former Tennessee Governor, Ned Ray McWherter, and his passion for the cattle industry. Governor McWherter was a strong advocate for agriculture; however, his life of public service and business kept him from seeing his plans of a large cattle operation come to life. Thankfully, his son, Mike, wanted to carry out his father’s dream and today, we’re proud of having built a herd of nearly 300 Angus cows. Our goal is to be the best location for Angus bulls, not just in the Southeast, but throughout the nation.

The more you see and read of McWherter Farms, the more you will see the use of our rallying call, “PLOW IN THE GROUND.” The cattle industry, as a whole, can be tough. It has its own way of weeding people out without much forewarning. The old saying we grew up hearing, “you’ve just got to keep your plow in the ground, son” is what we use to push us to be the best. We ask that of our cattle as well. When you purchase a bull that is carrying the M/V prefix, you can rest assured that he’s bred with the mentality of “PLOW IN THE GROUND.”​

Learn More About McWherter Farms by visiting our About Us page.

PLOW IN THE GROUND